Amazing. This is now on my to-do list for the weekend.

From Belly to Bacon 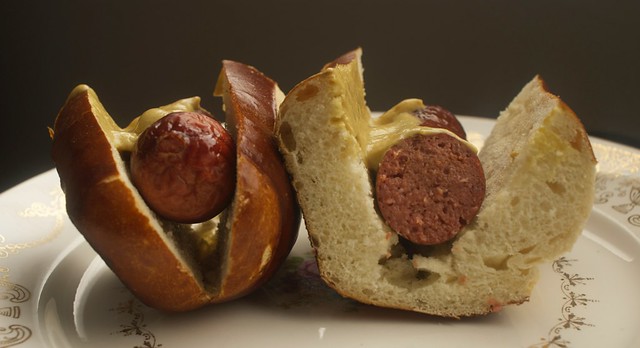 With the February temperatures dropping below zero, I changed the cold smoking set-up to be a Lil’ Smokey Joe grill in the cider block smokehouse with a shelving unit beside it. After trying to simply pipe smoke into a frigid smokehouse,  I was getting nowhere. Even with a grill in the smokehouse, the temperatures reached 80 degrees only once over a two week smoking period. The temperatures were a little low for smoking a country ham, but perfect for smoking food which would liquify at warmer temps.

I had spent a late evening paging through the most recent Noma cookbook (the journal was a fascinating addition to the cookbook, seriously) when I read a recipe for smoked marrow fudge. With temps where they have been, smoked marrow was an achievable project.