Morning.  Sleep with scattered images of pigs running through flooded woodlands on the end of a vast sea reclaiming what always belonged to it and it alone.  Woke up and walked out before coffee to see what the sky had brought us.

Water on all sides, but a slight rise of earth and grass has kept the flood from reaching our door, wood floors and carpet, reaching high to chairs and sofas, reaching out wet hands scattering books across the top of a rising muddy-grey.  Back inside I opened screens and my eyes to rain and growing lakes and rivers across Houston where an older picture, an older story appeared and spoke.

All the foundations of the great deep burst apart,

And the floodgates of the sky broke open. 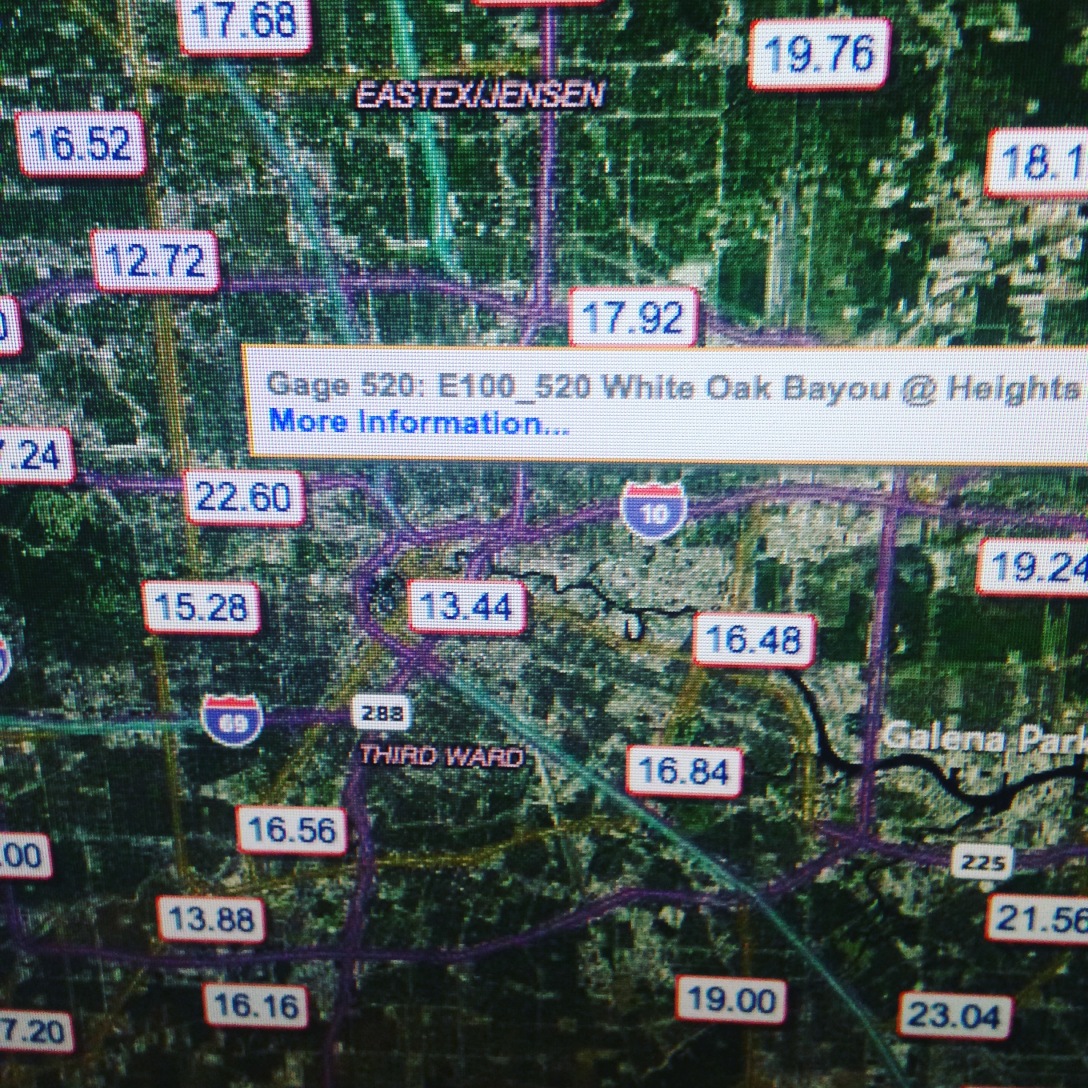 Harvey stalled and rolled over and over Houston for days with flash and river flooding sweeping away all before.  Two feet of rain fell in the first 24 hours.  More than 40 inches of rain in less than 48 hours. Cedar Bayou in Houston amassed a storm total of 51.88 inches of rainfall.  At its crest on September 1, one-third of Houston swam underwater.  Flooding forced 39,000 people out of homes and into shelters.  The hurricane damaged 204,000 homes. Three-fourths were outside of the 100-year flood plain. 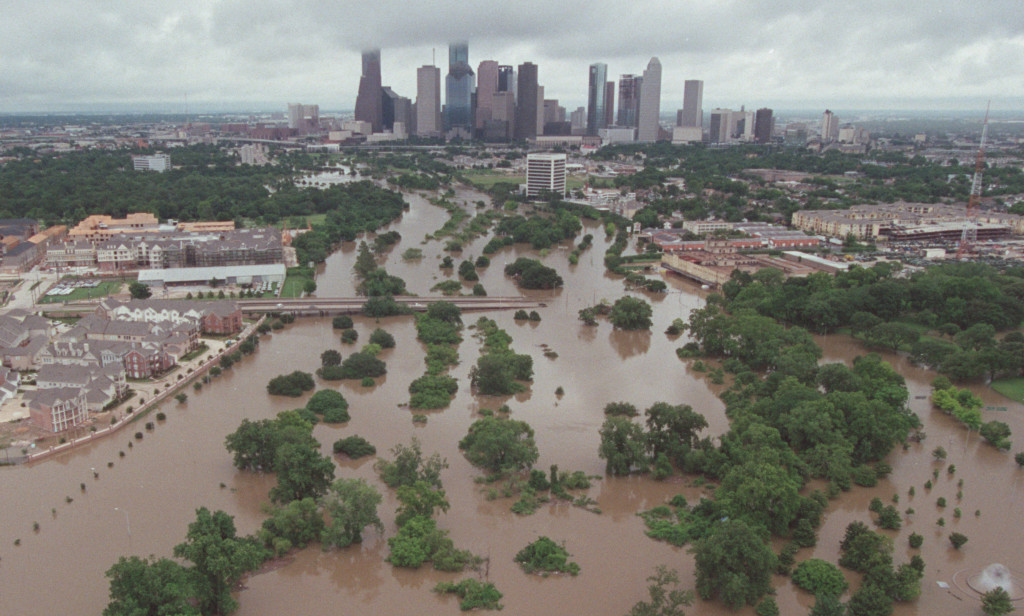 10,000 people trapped in their homes or on flooded highways were rescued.  The Houston Police Department’s Dive Team rescued 3,000 people in four days.  Three weeks after the storm, at least 3,900 homes were still without power. 77 boil-water notices in effect, 19 water systems were down, 31 wastewater systems remained offline.

When the waters had swelled much more upon the earth, all the highest mountains everywhere under the sky were covered.  And all flesh that stirred on the earth perished–birds, cattle, beasts, and all the things that swarmed upon the earth, and all mankind. 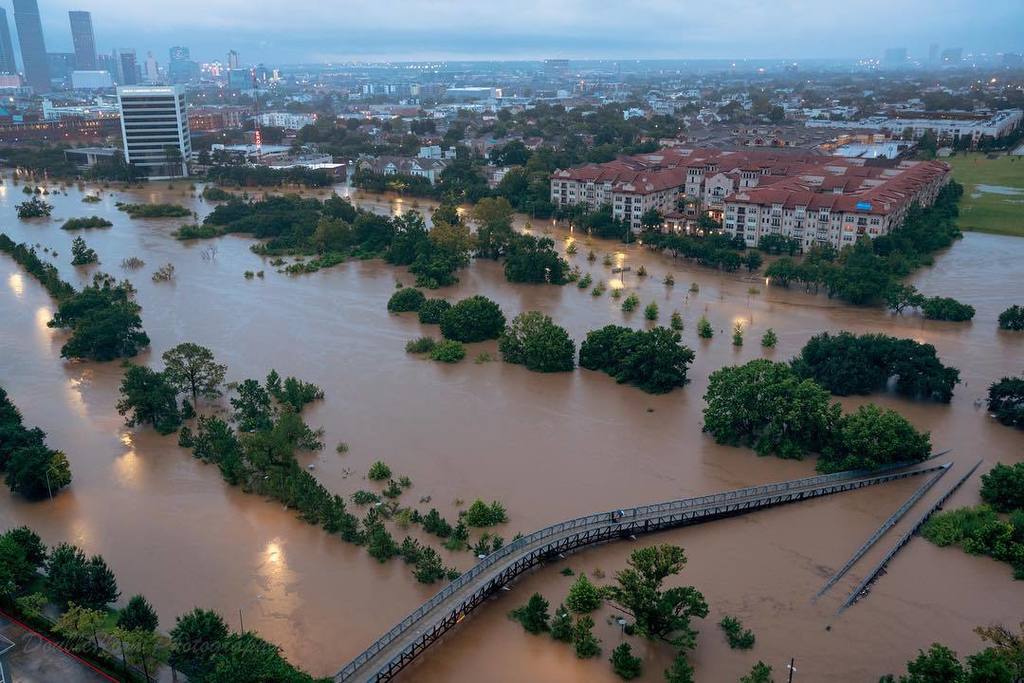 Houston Independent School District reported that 75 out of its 275 schools closed to flood damage.  In the Gulf area, one million vehicles were ruined beyond repair, including 300,000 to 500,000 privately-owned vehicles. 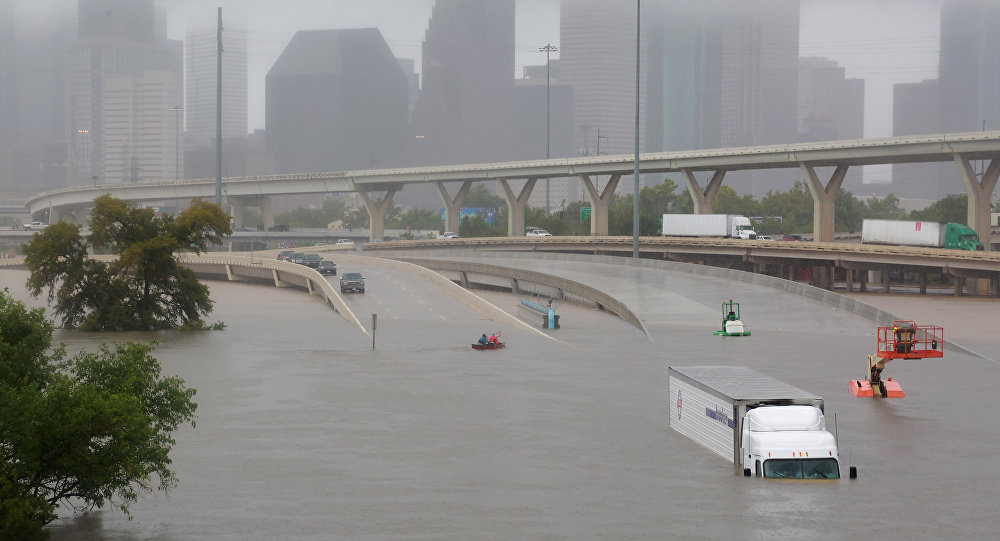 Hurricane Harvey flooded 800 wastewater treatment facilities and 13 Superfund sites spreading sewage and toxic chemicals into the flooded areas.  Only Noah was left, and those with him in the ark. 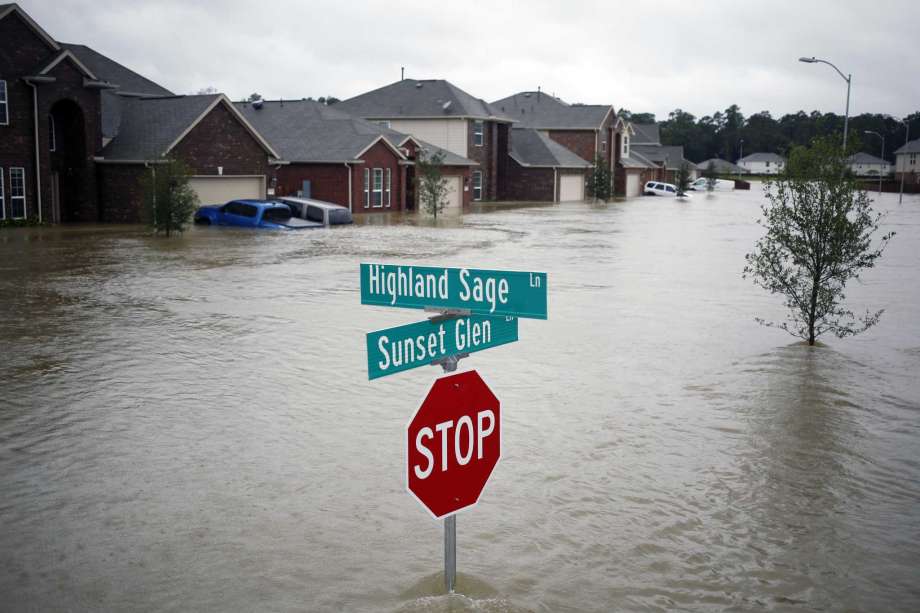 The storm affected 13 million people from Texas through Louisiana, Mississippi, Tennessee, and Kentucky. By October 13, 2017, at least 88 people died from the storm.  My hand turns pages, nearing the end of One Hundred Years Of Solitude to find other words on a great deluge.  Another window into water.

It rained for four years, eleven months, and two days.  There were periods of drizzle during which everyone put on his full dress and a convalescent look to celebrate the clearing, but people soon grew accustomed to interpret the pauses as a sign of redoubled rain.  The sky crumpled into a set of destructive storms and out of the north came hurricanes that scattered roofs about and knocked down walls and uprooted every last plant of the banana groves.