Let’s begin with Andrew Jefford’s words at the opening of his chapter on Laphroaig in his wondrous tome Peat Smoke And Spirit.

LAPHROAIG (pronounced ‘La-froig‘) is both savage and pretty.

Savage, for its malt encapsulates better than any other the aerial boisterousness of this edge of the southern Hebrides.

And so I walk into a forest glen between the road and the distillery.  Steps with grass, fern and tree which put me in mind of Claude Debussy’s Prélude à l’après-midi d’un faune courtesy of Leonard Bernstein and The Boston Symphony Orchestra. 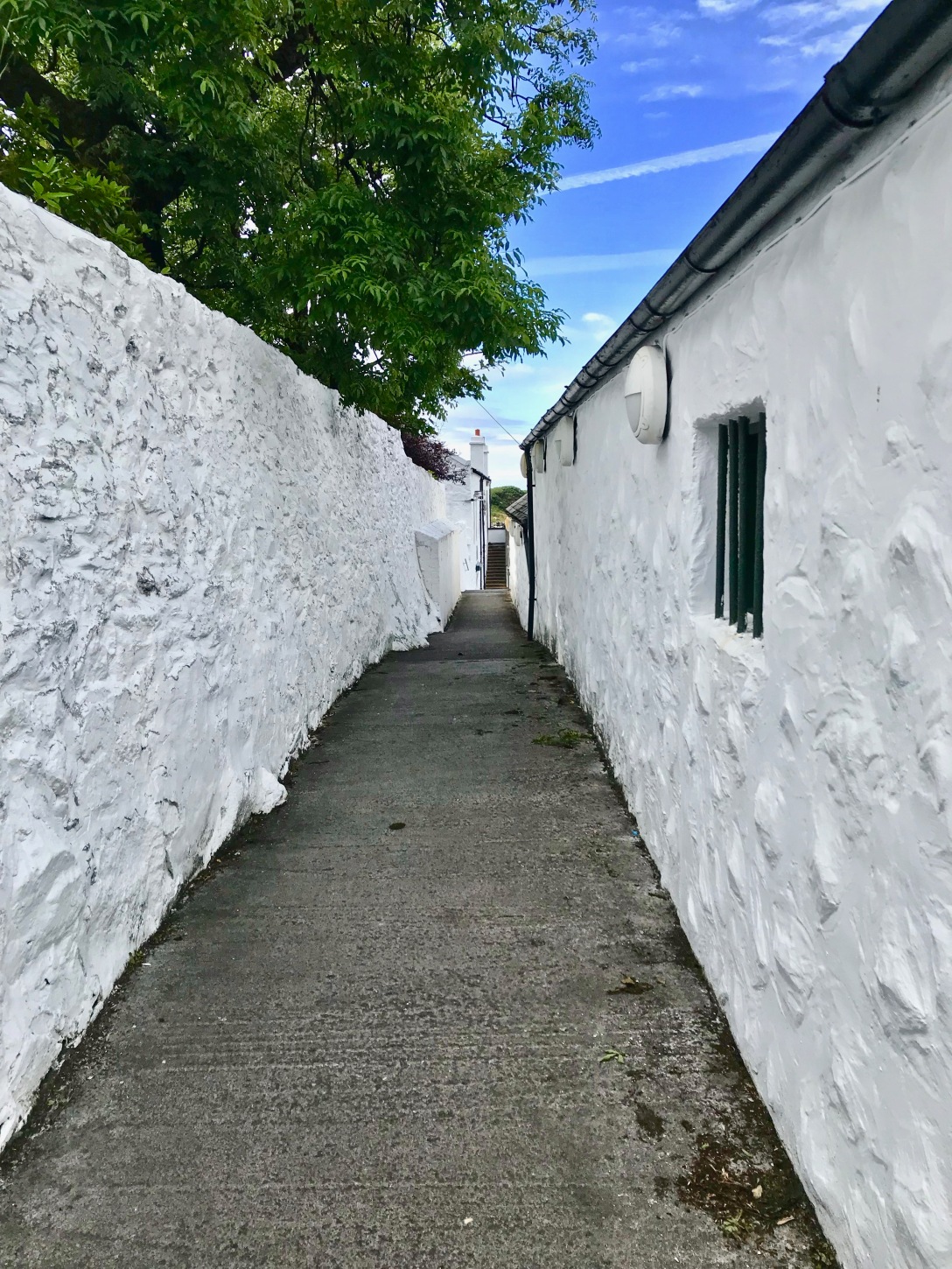 And then I’m through the doors and into a display of panels, photographs, memorabilia and peat lore.  The black stuff–yes, the rich beauty of decay, death and regeneration out of which we all come out of the Great Goddess.  To quote Marija Gimbutas from The Civilization of the Goddess,

The Goddess of the Paleolithic and Neolithic is parthenogenetic, creating life out of herself.  She is the primeval, self-fertilizing “Virgin Goddess” who has survived in numerous culture forms to the present day . . . From the artifacts it seems clear that a woman’s ability to give birth and nourish children from her body was deemed sacred, and revered as the ultimate metaphor for the divine Creator.  (223)

Touring a distillery walks me back into fertility rites as old as an ic melting away.  Think Demeter and Persephone.  Our small tour group gathered we make for the malting floor.  Step one in the magic circle. 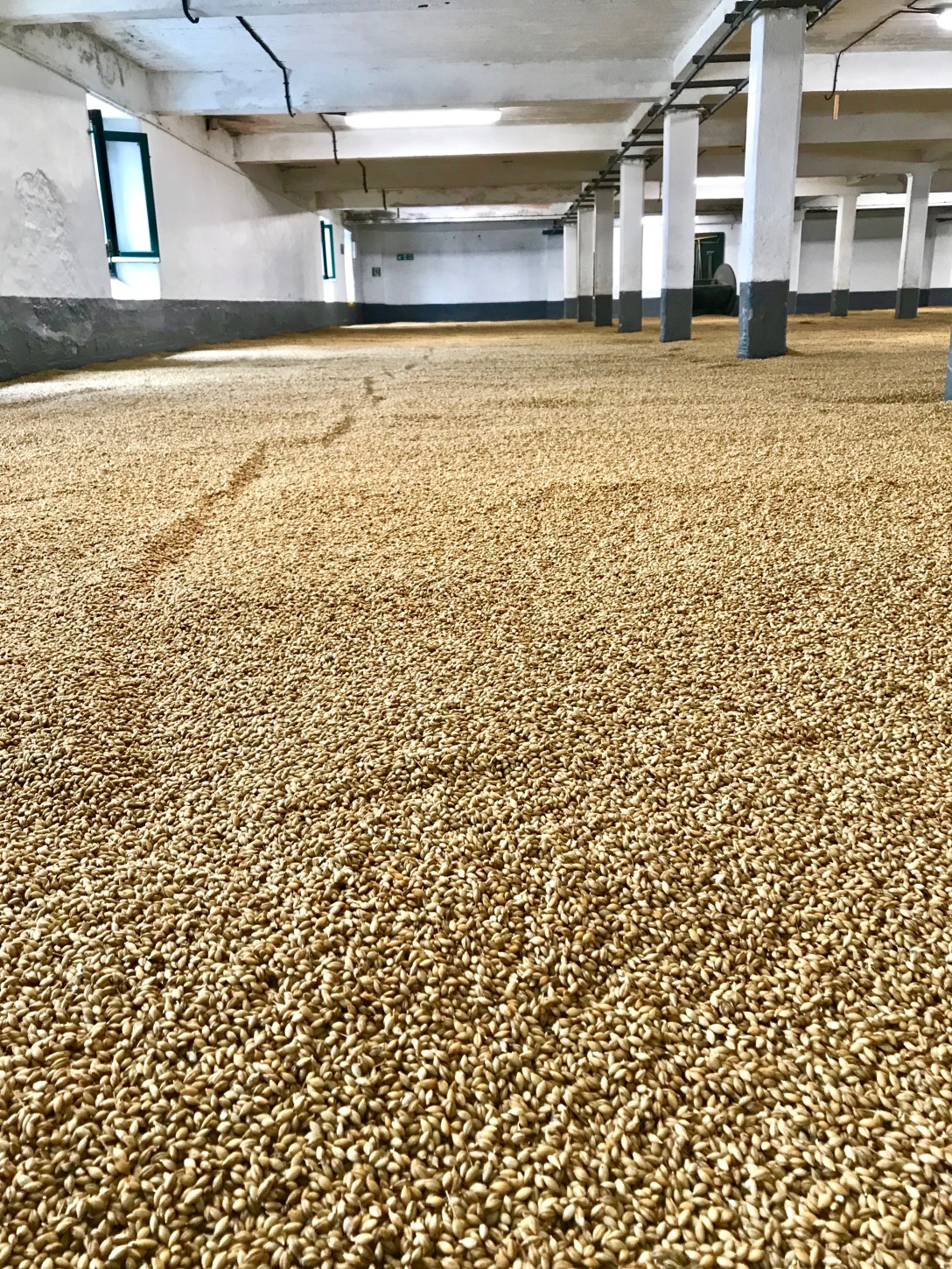 A malting floor and a threshing floor.  Old business here in the movement back and forth to separate the grains, to allow for a growing season though it will meet heat and smoke bringing back a wintering of the seeds.  A rhythmic germination of barley with sweeping shovels dancing round the floor puts me in mind of Arnold Schoenberg’s Orchestral Prelude for Gurre-Lieder.

Most of the barley Laphroaig uses comes from the maltings on Port Ellen, just a couple of miles down the road.  However, Laphroaig still supplies about twenty-five percent of the barley smoked above a kiln from right this floor.

How do the golden gems arrive on the floor?  Well, the barley tumbles down chutes into barrels which then are pushed and pulled, distributing the glorious seed. 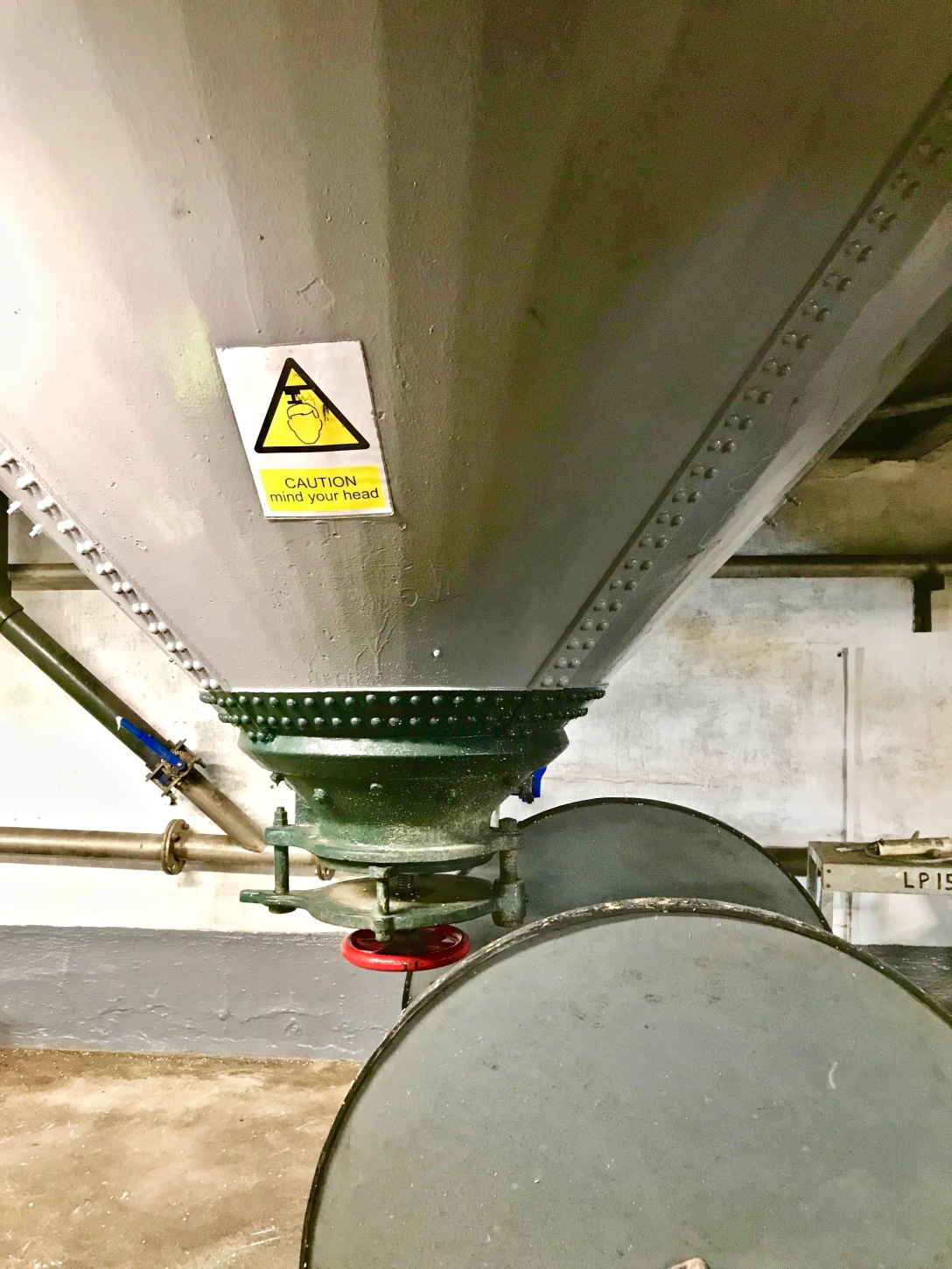 A simple and direct technology.  Not a digital world, no, a world of the real. 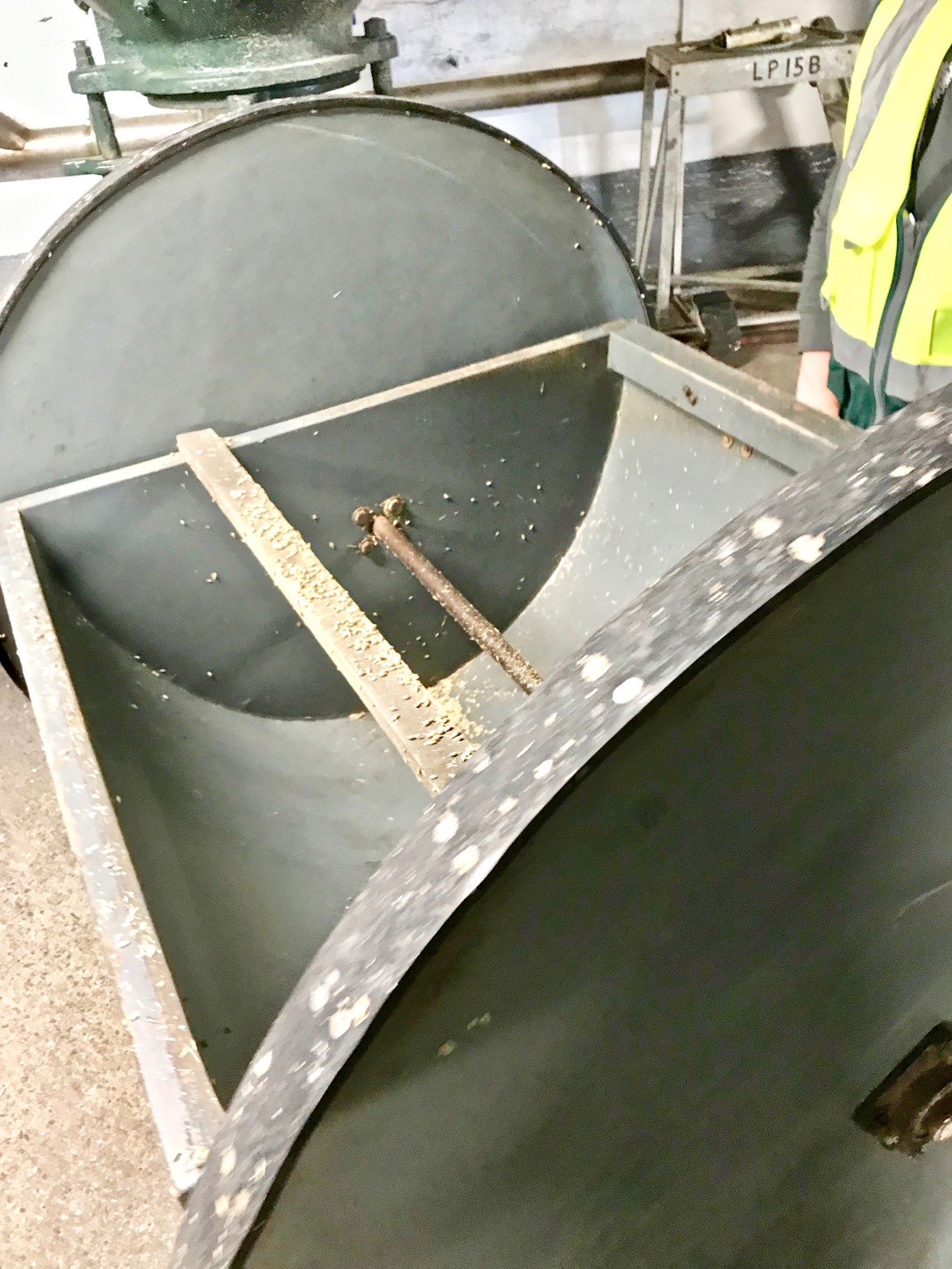 These tools of the trade come from an analog world, which once was the world we smelled and tasted, gathered and separated with a knowledge of hand-made brooms and shovels creating a particular ratio between us and work and the world as it is.

And all of this real about barley in the hand.

A sanctuary of sorts for an immediate connection with that which grows in the earth, that which is harvested, and then shuffled back and forth in a room by the sea.  Time for Miles Davis’ Sanctuary.  Bon Appétit!